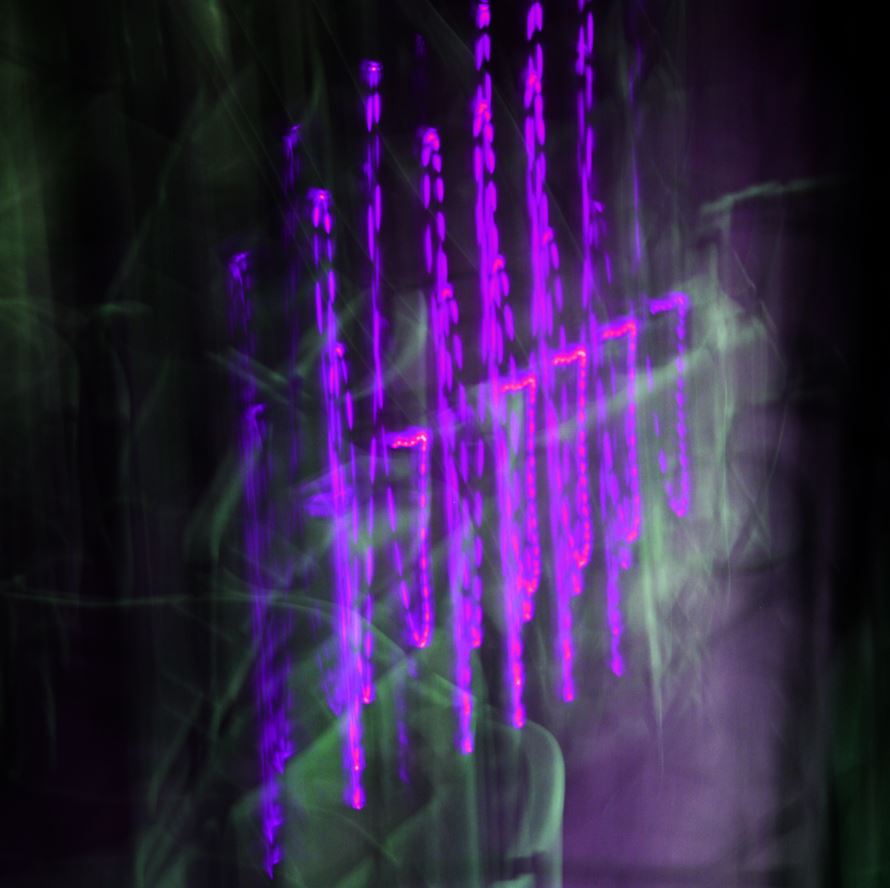 Roundhouse Kick, Adriana Lourinho and Igor Inácio, have been busy experimenting with the sonic and emotional limits of synths and drum machines in their hometown of Portimão, Portugal for over a decade now. Used to performing live and jamming for hours in their studio, with brilliant records to their name on local rave establishments One Eyed Jacks and Paraíso, starting their own record label Human Interface Lab feels like an extension of their practice - a breeding ground to nurture their unhinged musical imagination.

The label's first offering is their debut album 'Shift Erase'. True to the duo's nature, each track on this release was recorded in one take, recreating the same spontaneous live set flow that so often leads to ecstatic moments of synchronicity, mystery, and tension in their performances.

Menacing, skillfully programmed acid lines are offset by ethereal melodies, with big rave motifs emerging throughout in the form of spot-on basslines, cut-up vocals, and manic sound design trips. The impeccably composed drums and percussion roll with rare dexterity and inventiveness - whether they appear as broken, funky patterns or as killer four to the floor madness. Hypnotic at times, other-worldly at others, but always alive and ever-changing - these are tracks to elevate dancers into states of intangible bliss and spiritual insight.